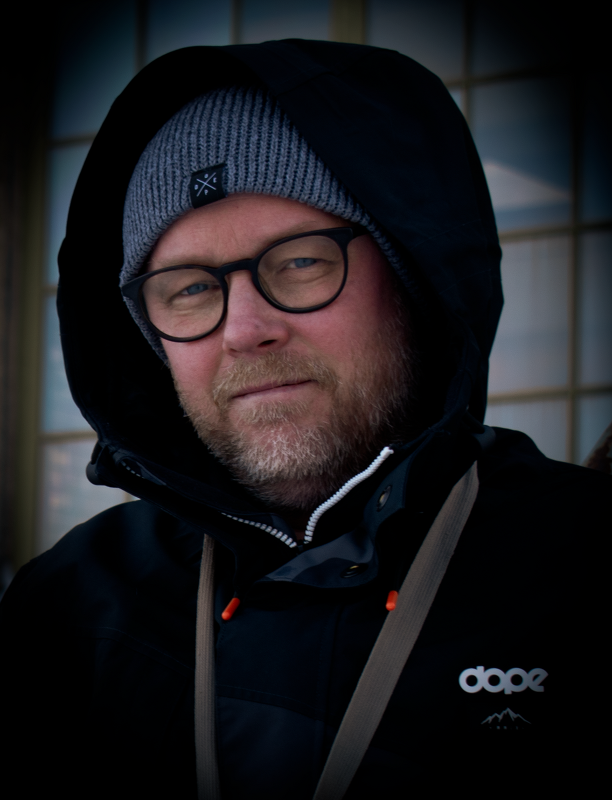 My name is Johan Danielsson and I live in a small town called Grängesberg in the middle of Sweden with my wife and 2 older kids. I work as a network technician at Spendrups Brewery.

At my spare time I used to be active in a sport called Bandy where I in the last 4 years have been a coach for a senior team. But now I have retired and got more free time to do what I really like. Make music!

One of my other big interest is going to festivals and concerts. Every year I go to Download Festival in Donnington which is the highlight of the year. Great music, good beer and super nice people!

I started composing on C64 and Future Composer sometime 89-90 I think. Most of the tunes I did is really crapy, but 1 or 2 is maybe ok.

One of my old SIDs was released on vinyl by a indie company called Jahtari and the artist Soom T.

Later I moved on to Amiga and Soundtracker. I was a member in Rage where one of my tunes was in their demo called Let Beauty Loose. If I don’t remember wrong that demo was in a compo arranged by Datormagazin where we ended up on 3rd place

At that time, I was also making music for a Techno group called Cybernetic Destiny which had the chance to sign a record deal with a label called Sarek Records. Unfortunately, we split the group before we meet up with the label and sign any contracts.

And now, the year 2020. I bought myself a new computer and started up making some music again. It was a slow start and I had problems to come up with ideas. So to get some inspiration I thought it would be great to try and do a remix of a SID tune. 8 remixes and 2 other releases so far 2020 and hopefully more to come.

The Remix64 community are a fantastic place to be in. I really like the instant feedback you get when you release something and above all, all the nice people in the community.

3 Remixer with the Mostest