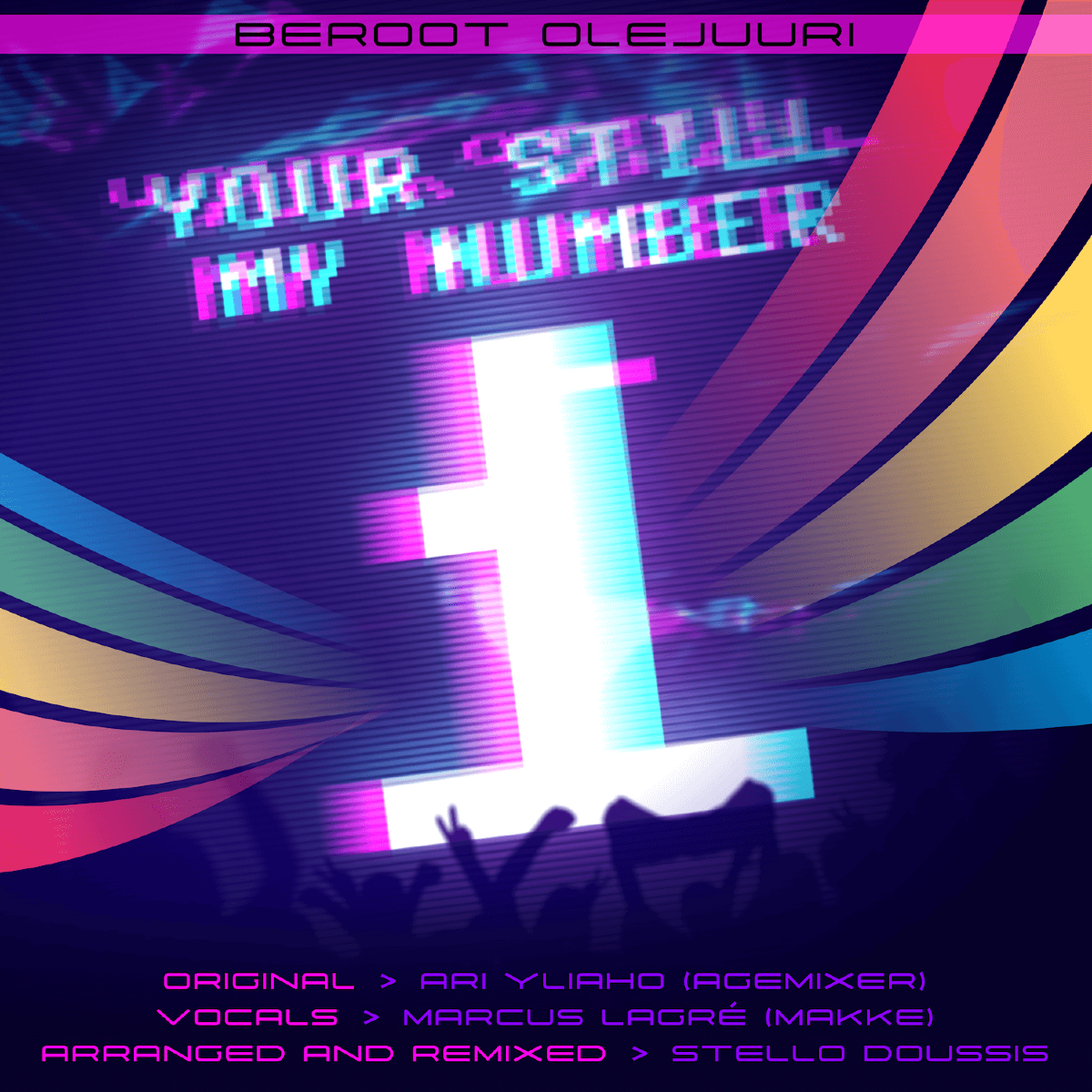 This catchy, short tune is a tough one to remix with a lot of rhythmic details in the background. The original melody had to stay as a SID voice, simply because I can't re-imagine it being any other instrument without losing its charm (I might do more of that in future?). There is something inspirational in this SID where no melody is present and the groovy background playing by itself. It sparks my imagination of filling that blank space, so I read up on the tune's history to find out more. The SID scored #7 at the Forever III music competition in 2002. Well, clearly, Beroot Olejuuri should have won - placing NUMBER ONE 😊 Aaaaannndd - we have a theme.

I contacted Marcus Lagré (Makke) in February 2022 with a first draft, including lyrics and a vocal guide. Lucky for me, he was interested in collaborating and laying down his vocals for this project, yay! Using vocals would take the song to another direction, but also saw it as a challenge to make it work. There was no rush or deadlines (shudder) for deliveries; fun projects should have their own time since life is busy enough.
Time passed, and life-changing events happened in my life shortly after, including losing a parent. Dealing with many things at once and spending time on music did feel like a luxury. Eventually, you pick yourself up and get going. The timing was right, and Marcus sent through his vocals and harmonies. Nearly eight months later, we're done.

Big thanks again to Marcus also for your vocals!

From Yuri about the title:

The Beroot Olejuuri comes from when I accidentally mistyped reboot repeatedly on early linux machine, several times. Olejuuri is the finnish translation of it (be a root) - somehow i just love words which doesnt make sense at first sight and i kept it cos it was quite funny one and so fits into the tune 😃 Later on i tried out to repeate the keystrokes on my own PC and the keystrokes tone made a part of the percussion and added some funkey melody around it which i had in mind already, then expanded more stuff around that... So it was an accident.

Intro
I remember a long time ago,
though my memories are fading,
when I hear your voice,
I'm travelling through time,
right back to where we started

Chorus
Your still my number one

D400 shouts:
Love both - the intention and the eemix

What a beautiful idea - Absolutly love the instruments and the solid and nice composition and vocals !! Really great musical piece of art!!