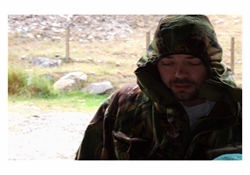 About pievspie Biography I have been a massive C64 fan since 1989 when I got my first Commodore I knew a few people who were into the 8 bit dream machine but not many .

Around that time I was starting to pick up the guitar and the bass guitar and playing in a band doing a few local (and not so local ) gigs then ,after a couple of years kids come along ending the music career .

One thing remained constant throughout the years though my devotion to the C64 ,it seemed that everyone had outgrown the humble biege box of joy,as the years went by and the consoles took over (I did own consoles also)the trusty old 64 retained a special place in my heart.

Fast forward to the late 90s and as many people do I caught the music bug once again, I was blown away by music 2000 on the psx but it wasnt untill 2005 when I started dabbling with D.A.W.s and computer music .By now I had gotten into more bands and started releasing videos on youtube under the name Jobwell .Finally I had joined the digital revolution.

Something however was missing...literally ,my C64 had been stolen recentley from a storeroom and I had only emulators to quench my growing retro thirst,it was during one of my many search sessions for roms that I stumbled across SLAYradio and then linked to R:K:O and all the other related stuff , that was in the June of 2010 and click I slowly started to try remixing my self its early days but with time who knows?

I took the chance and bought a C64 off Ebay and replaced and surpassed my old collection of games ...yes on tape. Location England Interests Music audio and video production, retro gaming Occupation Builder