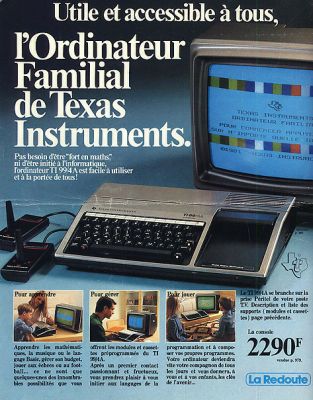 I started using computers at the end of 1979 in a computer association for beginers. It was a Goupil 1. After that I used a lot of computer (TRS-80, Goupil 2 and 3, ZX spectrum, ZX-81, Apple II, ...) but my first computer at home was a Texas Instrument TI-99/4A, on which I begin development in Basic.

After that I use a Amstrad CPC 6128 and finally an Amiga 500 (and after a long list of Apple Macintosh computers).

I'm not a musician, but I really loved what the demoscene could produce on this platform and all the graphic and music creations.

So I'm really happy to discover all these remix of famous old computer tunes.

You are doing a very good job, and thank you to all for this.